Ministry of Health and Population
Health lifestyles and Environment
Policy 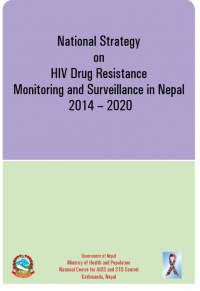 The estimation and projection conducted in 2013 estimated that Nepal has approximately 40,723 persons living with HIV (PLHIV) and prevalence of HIV was 0.23%1. This also projected that the overall HIV epidemic in Nepal is on a decline. Modelling suggests that new infections continue to reduce from 1,437 in 2011 to 818 in 2015. The ART need in 2012 was projected to be 26,876 while 860 HIV positive pregnant women were estimated to require PMTCT services.