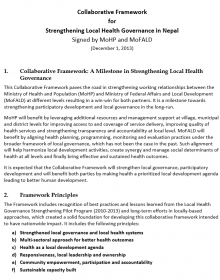 This Collaborative Framework paves the road in strengthening working relationships between the Ministry of Health and Population (MoHP) and Ministry of Federal Affairs and Local Development (MoFALD) at different levels resulting in a win-win for both partners. It is a milestone towards strengthening participatory development and local governance in the long-run. MoHP 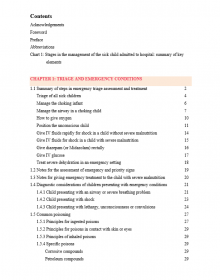 Over the last decade, Nepal has achieved significant progress in reducing the under five mortality rate. The reduction in under five mortality rates has been possible through effective child health programmes such as improved coverage and addition of newer vaccines in the national immunization programme, sustained high coverage with Vitamin A supplementation and deworming and expansion of the programme of community based integrated management of childhood illnesses. 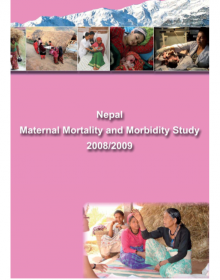 Over the past two decades, the high levels of maternal mortality in developing countries has increasingly been recognised as an urgent public health concern. The fifth Millennium Development Goal (MDG) is to improve maternal health, with the target of reducing the 1990 maternal mortality ratio (MMR) by three quarters, by 2015. The Government of Nepal (GoN) is committed to achieving this goal and safe motherhood has been a national priority for Nepal. 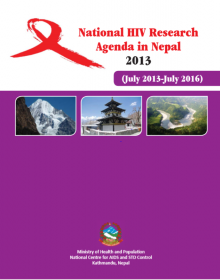 Proven and evidence-based interventions are of paramount importance for achieving the national target of halving new HIV infections. Understanding the dynamics of the HIV epidemic through systematic evidence is critical for addressing the knowledge gaps for an eﬀective policy and planning decisions in response to HIV and Sexually Transmitted Infection (STI). National Centre for AIDS and STD Control (NCASC) and its partners, therefore, developed the National HIV Research Agenda to inform research gaps and to enhance quality, coverage and eﬀectiveness of HIV prevention, treatment, care and support services in Nepal. 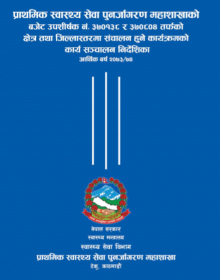 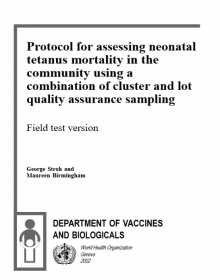 Jul 13, 2018
Protocol for assessing neonatal tetanus mortality in the community using a combination of cluster and lot quality assurance sampling 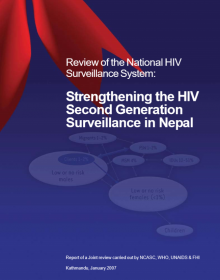 It has been documented that Nepal has a concentrated epidemic where most at risk populations presented HIV prevalence above 5%. Data generated through the systematic, ongoing collection of data through National HIV surveillance systems is necessary to understand the dynamics of the epidemic and enable appropriate responses. 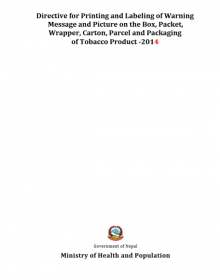 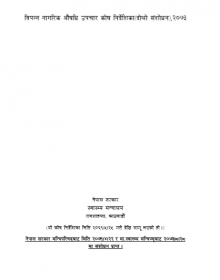 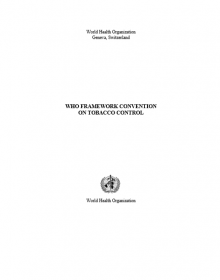 The WHO FCTC opened for signature on 16 June to 22 June 2003 in Geneva, and thereafter at the United Nations Headquarters in New York, the Depositary of the treaty, from 30 June 2003 to 29 June 2004. The treaty, which is now closed for signature, has 168 Signatories, including the European Community, which makes it the most widely embraced treaties in UN history. Member States that have signed the Convention indicate that they will strive in good faith to ratify, accept, or approve it, and show political commitment not to undermine the objectives set out in it. Countries wishing to become a Party, but that did not sign the Convention by 29 June 2004, may do so by means of accession, which is a one-step process equivalent to ratification.