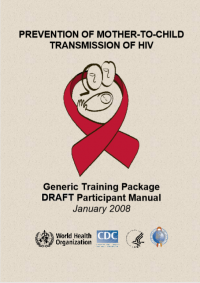 Of the 33.2 million people living with HIV worldwide at the end of 2007, 2.5 million were children under the age of 15 years. In 2007 alone, 420,000 children worldwide were newly infected with HIV. The most frequent source of HIV infection in infants and children is transmission from mother-to-child during pregnancy, labour and delivery, or breastfeeding.